Posted by Raphael Roy
Find me on: LinkedIn

Ask airline passengers and the majority will say that reducing queuing time in airports is the best improvement which could be made to their travel experience.

Airports are a stressful environment for many travellers — crowded areas, deadlines to meet, lack of control, and last-minute changes are all factors which contribute to high levels of anxiety. So what can be done?

Stress tends to increase among travellers when reaching key airport touchpoints — such as check-in, immigration, security and boarding — which are particularly susceptible to queues.

When looking into the entire passenger process, the potential for cutting queuing time is significant.

Faster and shorter queues mean calmer passengers who can spend more of their time shopping, working or relaxing — altogether improving the passenger experience.

The most effective way of reducing queuing lies in passenger process automation at all the key airport touchpoints.

With automation, queuing time at airport checkpoints can be reduced by up to 50%

Not only do optimised queuing times relieve traveller stress, they also bring financial benefits to airports and airline operators.

According to ACI World’s Airport Economics Report, non-aeronautical related activities accounted for almost 40% of airport revenue in 2018. So fewer queues mean more time spent in the stores and airports can maximise what has become an increasingly important revenue stream.

For airline operators, every minute a plane spends on the ground generates cost. So automated passenger flows also help their business by making boarding more efficient and minimising turn-around times. 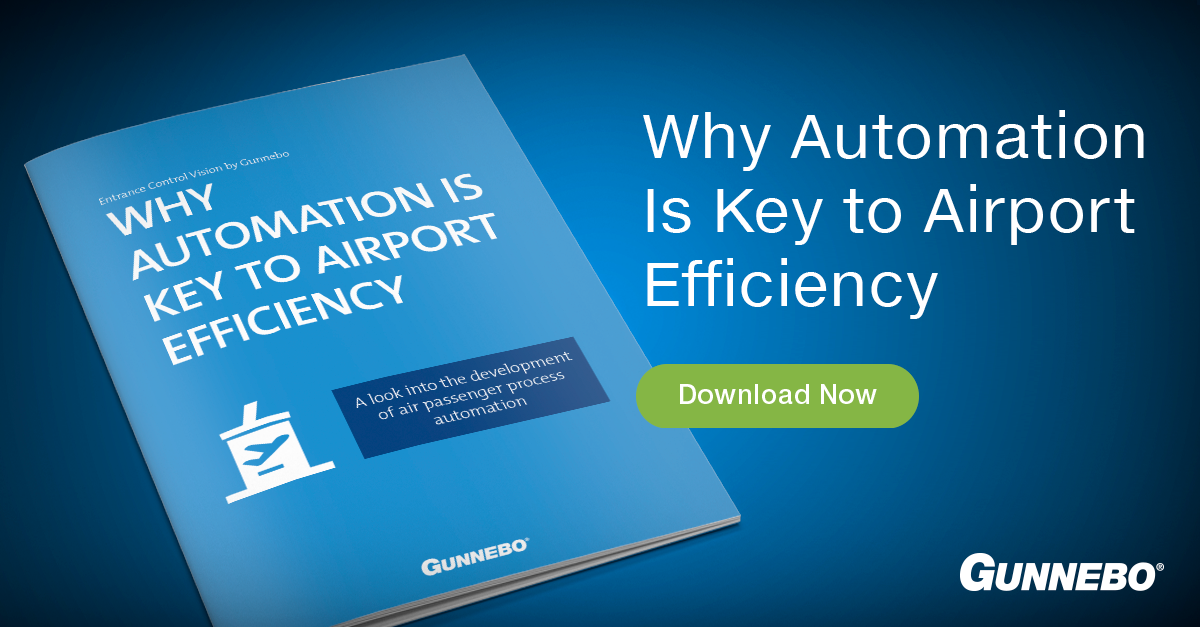